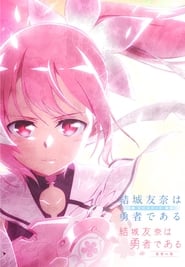 Season 2 consists of a prequel to the first season (Episodes 1-6) and follows up with the sequel (Episodes 7-x).

In the year 298 from the era of the gods, elementary school girls Sumi Washio, Sonoko Nogi, and Gin Minowa are tasked with an important mission. They are to become heroes and fight Vertex, a mysterious enemy that is attacking Shinju-sama, the god tree that protects Shikoku, the only area in the world that is still habitable. What they don’t know, is that this fight will cost them more than they could have ever imagined.